In an effort to help mitigate the spread of Covid-19, the Sparkling Pointe Tasting House is temporarily closed until further notice.
Call in for Curbside Pick-Up Available 7 Days between 12pm - 3pm. Call 631.765.0200.
Free Shipping on all Webstore Orders. Enter Promo Code SHIP at Checkout 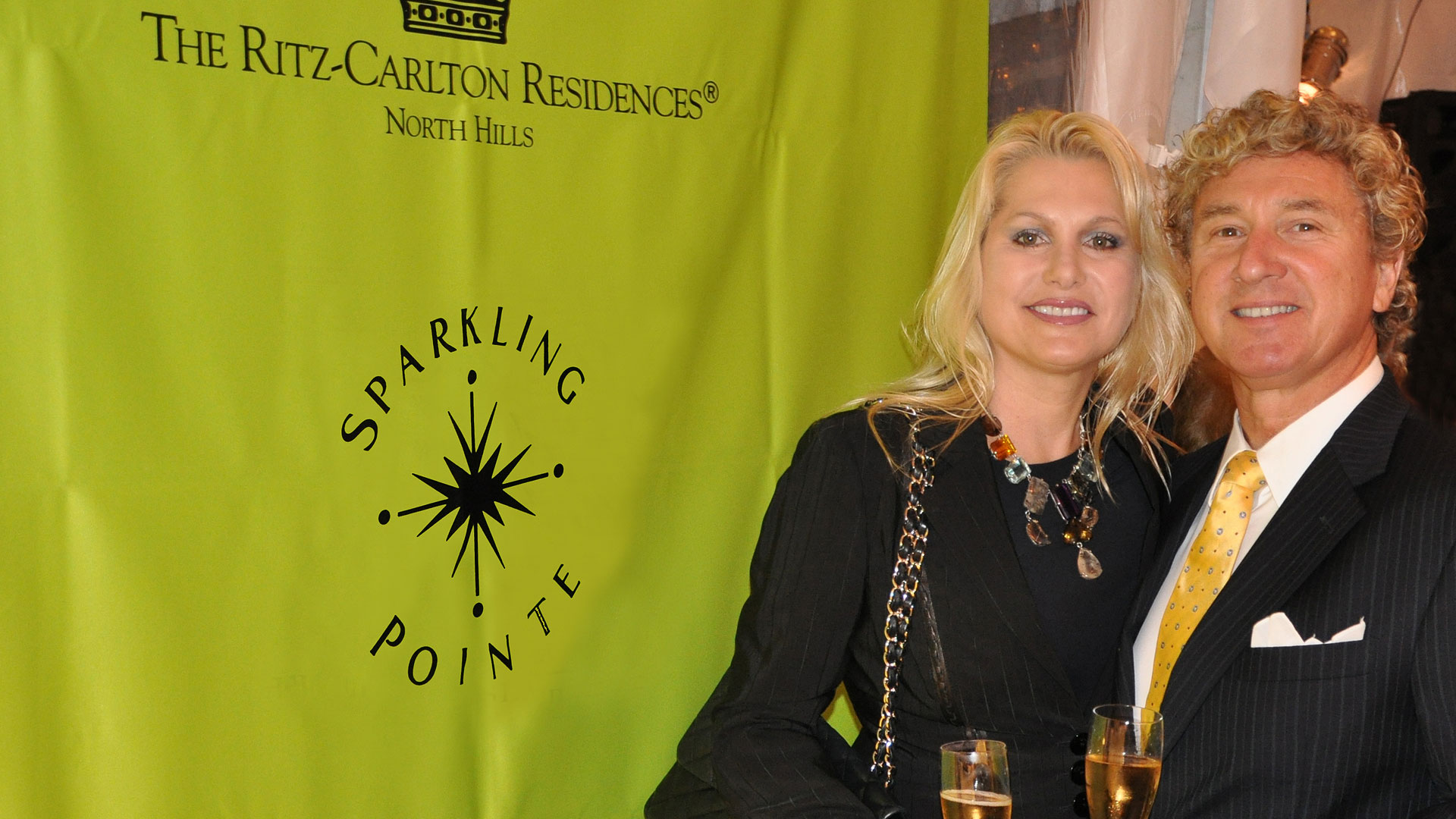 The soul of Sparkling Pointe was born more than twenty years ago, when Tom and Cynthia Rosicki first met at a debutante ball at the Waldorf Astoria. Weeks later, with a bottle of Champagne they toasted their first date. Cruising the Chesapeake Bay on their honeymoon, still only months later, they stocked their boat with many vintages and types of Champagne and Sparkling Wines. And through the years, they became lovers of the romance and magic of Champagne.

As residents and lovers of Long Island’s North Fork, Tom and Cynthia witnessed the birth and growth of North Fork wine development, and they wanted to be part of it.

In 2001 they paid a visit to Steve Mudd, the pre-eminent vineyard developer and manager, but the time was not yet right for them. A year later while Tom and Cynthia were having breakfast in a Southold Diner, Steve walked in, and persuaded them to acquire land for a vineyard. Steve drew a map on the back of a napkin, showing the relative scarcity of North Fork land, and told them to get moving if they wanted to have a vineyard.

They looked at property all that day to no avail, and decided to buy some Champagne from Showcase Wines in Southold. Corinne, the owner of Showcase, opened a new brand of Champagne that she was carrying for them to taste. As they were standing at the counter, Corinne exclaimed, “Here comes Champagne George!” George walked in and Corinne poured him a tall flute. As the four bubbly devotees chatted, Tom mentioned to George that he and Cynthia had been looking at property for a vineyard. George replied that his brother-in-law was just about to put a parcel up for sale, a nursery on the North Road – across the street from Steve Mudd. George made a phone call, and Tom and Cynthia met the owner, walked the property, negotiated a price, and put down a binder that afternoon.

A year later, after the ground had been prepared by Steve, he asked Tom and Cynthia what kind of wine they wanted to produce. They looked at each other with sparkles in their eyes. They both answered at the same time, “Champagne!” Steve replied that there was only one winemaker for this project, Gilles Martin, a talented and international winemaker, who had previously worked with a major French Champagne House.

Fate? Coincidence? Ask Tom and Cynthia, and they will tell you that romance and magic lies within the soul of a sparkling dream come true.

We use cookies to provide the services and features offered on our website, and to improve our user experience. Learn more